Grand Master Trân Triêu Quân was the ITF President from the time of his democratic election at the ITF congress in Poland, 2003 until his tragic death in Haiti in January 2010. Prior to serving as ITF President Grandmaster Tran held such important posts in the ITF such as president of the Canadian National Governing Body as well as the Pan American Continental Body for the ITF. Additionally he served as the Chairman of the ITF Tournament Committee. In Montreal in 1990 and Quebec City in 2007 Grandmaster Tran hosted ITF World Championships. The City of Montreal gave him an award for “Best Event of the Year” for his efforts in organizing the 7th World Championships in August of 1990. . Grandmaster Tran was a Canadian citizen who was born in Vietnam, where he started studying the martial art of Taekwon-Do when he was twelve years old. Five years later, he started a Taekwon-Do school to teach this martial art within the education system of the city of Saigon (now Ho Chi Minh City).

He moved to Canada in 1970 to study engineering at Laval University in Quebec City. There he also set up Taekwon-Do schools, the first such schools in Eastern Canada. After receiving his engineering degree, he chose to make his permanent home in Canada. 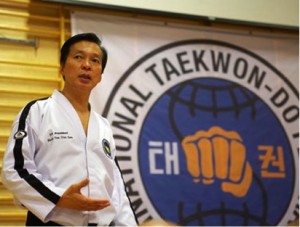 Seminar given in Trondheim, Norway in 2006.

His professional career: Grand Master Trân started a consulting firm, Norbati Consultants Trân & Associates, which specializes in building standards and project management for the construction sector. Norbati has worked on projects in Canada and abroad and has developed an innovative concept for the modernization and optimization of the building construction sector in developing countries. 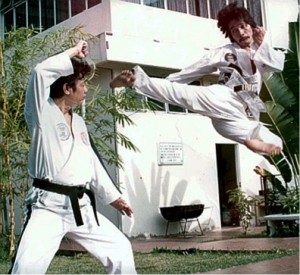 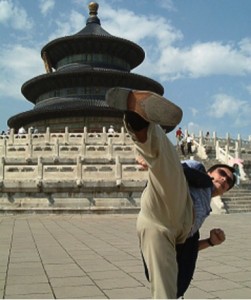 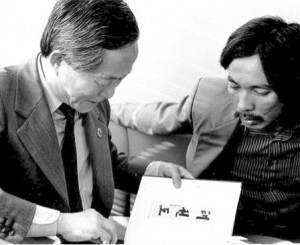 Grand Master Trân Triêu Quân was a leader and a builder. He worked very hard to further the best interests of the ITF and its members. As ITF members we were inspired by his creativity and his dedication and work in harmony to build a better world.

Grandmaster Trân tragically passed away during the earthquake in Haiti in January 2010. We endeavor to carry on his vision and continue to develop and grow the ITF using many of the principles and structures he inspired.