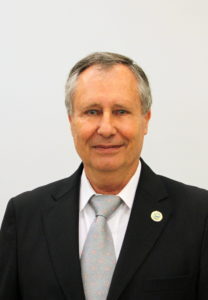 Grandmaster Pablo Trajtenberg became acting President of the ITF following the tragic passing of Grandmaster Trân Triêu Quân in 2010. He was subsequently elected as ITF President at the ITF Congress in New Zealand in 2011 and was re-elected for a 2nd term at the 2015 ITF Congress in Jesolo, Italy. Prior to this GM Trajtenberg served as a board member of the ITF since 2003, holding the position of Senior Vice President prior to his election to the role of President. He also served as a member of the ITF Technical Committee along with Grandmaster Marano and Grandmaster Bos, visiting all continents to teach and standardise the techniques of ITF Taekwon-Do and placing an emphasis on the teaching of the ‘Do’ to carry on the mission of his predecessor GM Trân.

During his tenure as President of the ITF our federation enjoyed a period of rapid growth across all continents. GM Trajtenberg worked closely with the ITF Board and committees during his two terms to ensure the ITF focused on offering a greater number of services and courses to our members and instructors, helping to introduce new programmes such as the ITF Kids programme and the ITF Harmony Programme for training older adults. GM Trajtenberg placed a focus on helping to professionalise the teaching of ITF Taekwon-Do and was passionate about enabling our instructors to earn a livelihood from teaching our wonderful martial art.

A Brief Biography of GM Trajtenberg

Grand Master Pablo Trajtenberg took up his Taekwon-Do practice in 1968, while seeking to learn Karate. He found the class he liked most and as he watched he said to himself: “I shall become a black belt,  no matter what it takes“. One week later  he was given his enrollment card and thought there must be some mistake as it read “Taekwon-Do”, but when he told the secretary he was informed that this was Korean Karate, the best!. From that moment on his practice has been non-stop.

His Teacher was Nam Sung Choi, one of the Taekwon-Do pioneers in  Argentina, who had arrived one year earlier, in 1967. This master left cherished memories and profound gratitude is owed to him for the passion he transmitted class after class.

Then came Grandmaster Trajtenbergs first meeting with General Choi  Hong Hi during his early journeys to Argentina, where he became mesmerized by his personality, thus turning into an ardent Taekwon-Do student. He obtained his black belt degree in 1971, although back in those times certificates took a long time to arrive and it was not polite to point this out to the Master. His enthusiasm then lead him to tuition, a successful endeavor judging from the many students who attend his courses.

In 1973, together with a fellow student, he hosted a luncheon at the Sheraton hotel to honor the General on one of his trips and was given a photograph with the following dedication “To a serious Taekwon-Do student, with my best wishes”.

These were the years of division within Taekwon-Do and Master Nam Sung Choi was compelled to join WTF, which led Trajtenberg to a painful choice that separated him from his Master and it is so that in 1978 he began corresponding with some Argentine black belts and the General supported this move, which consolidated with the arrival of pioneer Master Jon Chang Kim as a delegate to promote Taekwon-Do in Argentina. 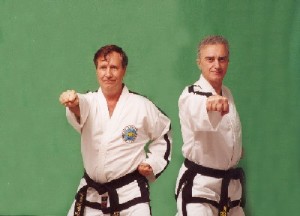 In 1977 Trajtenberg gave up his university studies for good, only one year short from graduating as an electronic engineer, with the goal of devoting himself full-time to the teaching of Taekwon-Do, his overruling passion, and in 1980 he opened the “Centro Argentino de Taekwon-Do”, which would become a classic, together with Héctor Marano, his fellow and friend since White Belt times.

In 1981 he actively collaborated with the organization of the World Championship held in Argentina, headed by World Champion Javier Dacak, a dear friend, and he became closer to General Choi Hong Hi when he travelled to visit him and train under him. The General generously lodged him at his daughter Sunny´s home and thus he gained access to the very source. This was a difficult sort of journey but the General´s teaching vocation always reserved room for those genuinely interested in learning, as his case was.

There was a difficult time upon General Choi´s visit Argentina as there was a military dictatorship and the Korean embassy accused ITF of being communist sympathizers, which forced Trajtenberg to shelter  General Choi in his own home for protection, while transferring his family elsewhere.

His main students were formed during this period, who are at present 7th and 8th Dans, several of them with international stature. Consequently Argentinean Taekwon-Do developed in parallel with its participation in World tournaments and global activities. 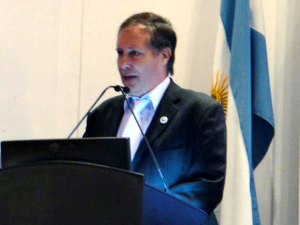 While attending ITF´s first IIC in Vienna as the Argentinean delegate he obtained support for his country, which in 1986 permitted the foundation of the Taekwon-Do Federation for the Argentine Republic – thus gaining autonomy from Korean predominance, and in this institution he has acted as Secretary General to this day.

He travelled abroad to introduce Taekwon-Do to Bolivia, Brazil and Uruguay; Brazil being the country where he was faced with the biggest obstacles to expand Taekwon-Do. A lasting friendship was born between Trajtenberg and Tran Trieu Quan while sharing countless experiences impossible to summarize herein. He also developed a great friendship with Wim Bos and with Clint Norman, all of them brethren united by their common passion.

In 1993 he concluded an intense task in collaboration, namely the translation of the condensed Encyclopedia into Spanish, following the guidelines and corrections from Taekwon-Do´s Founder.

In 1994 he was bestowed, in Malaysia, with one of the most important awards that the General conferred to only 9 of his Western disciples, the “Prize for Loyalty”, which he regards proudly as one of his top achievements. 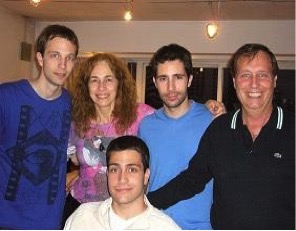 Together with Tran Trieu Quan he actively participated as ITF delegate, therefore occupying a position of great responsibility upon the General´s death.

The rest is recent history and it may be claimed that he is now a happy man as President of ITF, always surrounded by good friends, Great Masters and Instructors and above all proud of his students, many of whom have become Masters. His closest circle is made up by Sonia and Vivian, his two sisters,  and a wonderful wife: Liliana Ferreiro, with whom he has shared his life for 35 years and who has given him three sons: Alejandro, Luciano and Kevin. As he himself likes to point out, there is nothing else he can ask from life.