The National Association of Trinidad & Tobago, The Trinidad & Tobago Taekwon-Do Federation, hosted the first ITF Caribbean Taekwon-Do Festival from Feb 18th – Feb 26th. The festival was dubbed ‘Train Hard; Lime Hard,’ and was intended to immerse our guest instructors in the culture of our country during the height of our cultural extravagance: Carnival.

Point of note: ‘Liming’ is a Trinbagonian colloquialism that roughly translates to socialising, hanging out, or partying.

Masters Mark Hutton (VIII Dan) and Johann De Silva (VII Dan), and Sabum Stephen Tapilatu (VI Dan) arrived in Trinidad on Tuesday Feb 18th. Master Hutton then boarded another plane to Tobago, to enjoy the quiet, natural beauty, while Sabum Tapilatu and Master De Silva were taken into the frenetic energy that pervades Trinidad the week before Carnival itself.

Over the course of three days they were treated to an outdoor concert, a tour of what we call panyards to witness large steelband orchestras practice for the finals of the national competition, and a large outdoor party, known locally as a fete. On the fourth day (Friday 21st) Master Hutton rejoined the group and there was an official meet-and-greet dinner at a local restaurant (and sponsor) so that the guests could meet all our black belt instructors before the seminars and tournament of the weekend.

On Saturday 22nd there were three sets of seminars:

On Sunday 23rd the TTTF hosted an ITF-rules tournament that included sparring and patterns, contested by all our black belts, their schools, and schools representing different artforms.

All told, the seminar and tournament had 80 and 120 participants respectively, and were incredibly well received and contested.

Finally, on Monday 24th and Tuesday 25th, two of our esteemed guest instructors, Master De Silva and Sabum Tapilatu, joined our Vice President, BooSabum Franz Gillezeau (II Dan), on the streets of Port-of-Spain for the culmination of our festival and their cultural immersion: Trinidad & Tobago Carnival!

To summarise, ‘Train Hard; Lime Hard’ was an immense success and plans are already underway for next year. 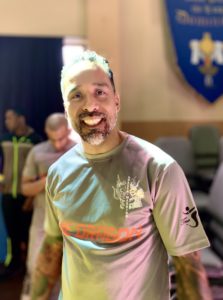 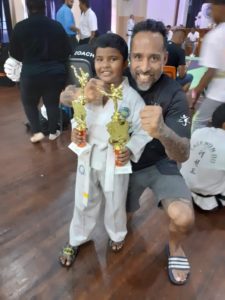 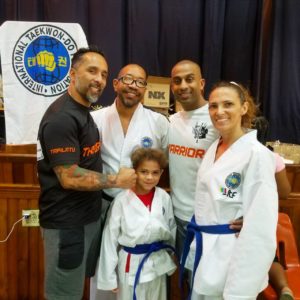 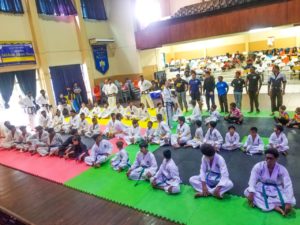 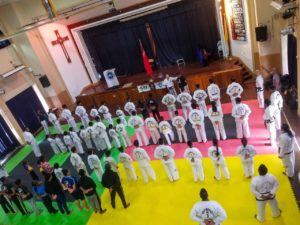 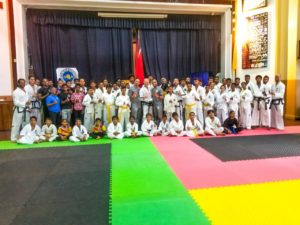 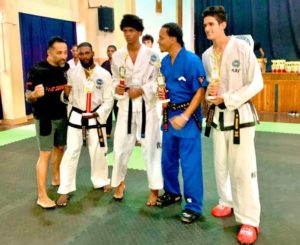