On the occasion of the 2nd edition of the „Star East Tournament“ in Tashkent GM Paul Weiler (ITF President) had the opportunity to meet with the Deputy Minister of Physical Culture and Sport, Mr. Mumindjanov Sharif Fuzailovich. This was the first meeting of an ITF President with one representative of the Ministry in Uzbekistan. The meeting was marked by an exchange of views on the promotion of children and youth and it was clear very quickly that the goals of the ministry have many similarities with the programs of the ITF (e.g. Kid’s program). The Minister showed also great interest in the new “Adapted TKD Program”, especially after pointing out that the intention is to translate the book into Russian as well.

Meetings with representatives from 8 countries

GM Paul Weiler and Master Lazaros Tsilfidis (ITF Vice-President) had furthermore the opportunity to meet with representatives from Belarus, Japan, Kazakhstan, Krygyzstan, Latvia, Tajikistan and Ukraine and Uzbekistan to speak about difficulties, needs and wishes.

This was the culmination of a series of meetings in 2019 that began in Central America and the Caribbean, and continued across Africa, Europe, South America to Central Asia. 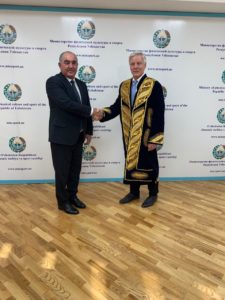 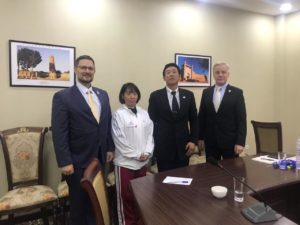 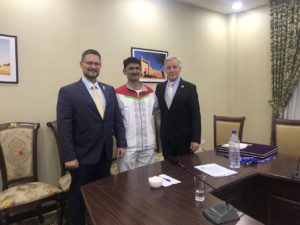 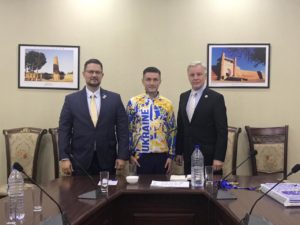 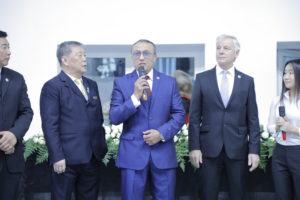 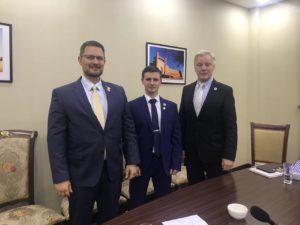 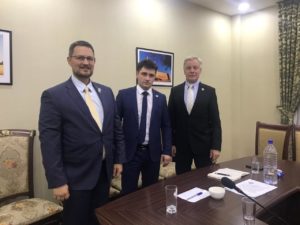