I am often asked a question: how does it feel to be the first (or only) female on the team.  My answer is: to me it does not matterwhether I am the first, or if I am the only; as long as I am not the last and I am not alone. It feels great to be accepted, and not becauseof the gender – it feels good to be just another member of the amazing team.  TEAM is EVERYTHING! Each member of the team comes to Africa for the same reason: share and develop Taekwon-Do and communities.  All the participants and the team learn from each other, and support each other along the way.

The environment and settings on the continent are not easy, because basic material things and facilities are not as readily available or accessible.  In such challenging environment, it becomes quite obvious the personalities, what they bring to the table, and how they perform and deliver under pressure.

Although there is a very small number of female participation, in many African countries it has nothing to do with the gender inequality.  In fact, I feel less gender discrimination or poor attitude towards female in Africa, than in some other parts of the world.  Women are respected, valued and embraced in all circles.  In countries like Tanzania and Ethiopia, there are strong female role models, who occupy high government positions, own businesses and are driving forces behind events.  Therefore, I feel it is more of a reflection on the organization, and how Taekwon-Do is presented.  The four female participants (2nd degree from  Ethiopia,  Red Belt from Kenya, and twoBlack Tags from Tanzania) present in Dar Es Salaam truly have indomitable spirit!  They lead by example.

Many practitioners of ITF TKD face a lot of pressure, obstructions and difficulties in their countries, when they want  to  train,  attend  international  seminars,  compete,  develop  their  clubs,  etc.   Yet,  they  persevere  and succeed!  Hats off to Babuccar from Gambia, who despite of all obstacles continues his support and fight for ITF.  He had very successful event – not only he was promoted to II degreeby the panel of three Masters, he also took away two gold medals and an overall trophy!  The hard work paid off. Hopefully, with thesupport of ITF community world-wide their burden of carrying on in difficult circumstance can be lightened up.

I was very impressed by achievements and organization of Zanzibar ITF, who have recently registered their NA with the government of Zanzibar – that is not an easy task.  But after meeting the three instructors from Zanzibar and getting to know them, I am not surprised of their success. They don’t expect anyone to come and do their work for them. They use the support of the ADT and ITF in the right way, and achieve results by their own hard work.   By  return,  the  ADT  delivered  some  quality  training  to  the  instructors  and  their  students,  and  close protection instruction to the police, met the minister and secured further cooperation and support from the local government.

A certain group of instructors (special thanks goes to Boo Sabum Ali Amir) and their students made it possible for ADT to deliver a successful 3-day seminar and assist in running of the 6th African Cup in Dar Es Salaam, by being efficient and doing things way above their responsibilities and expectations.  Following continuous support and frequent training from ADT members (particularly MasterEnander’s endless contribution of his time and resources),  Tanzania  has  now  quality  international  level  black  belts  who  can  continue  the  development  of Tanzanian ITF, as well as assist neighbouring counties.

Congratulations also to the newly promoted Black Belts – we were very proud of their performances during the examination, and later atthe competition.  Well done – the hard work and training showed!

Every country that attended the ATF annual meeting had representatives who were willing to do the work and take on more responsibilities, following the lead of Ethiopia – the country which, under the leadership of Mr Tamrat and with the support of ITF and specifically GM Weiler, achieved unbelievable results in a short period of time. I believe the hardest work has been done – the strongfoundation was laid, and the trust was built.

African  people  have  an  amazing  capacity  to  learn,  strong  mentality  and  a  desire  to  grow  and  better  their communities.  Unfortunately, opportunities are still limited, there is lack of guidance and structure, and it is tough!  Every time I return from Africa, I am a better and stronger person. I hope I contribute a small part into their development too.

Love and respect to the African nations, and to the ADT team! Report from Tanzania &Zanzibar 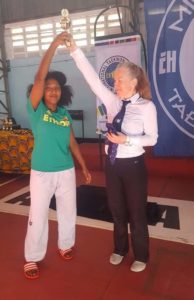 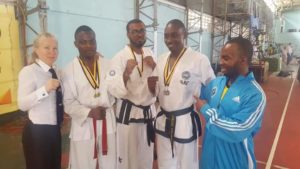 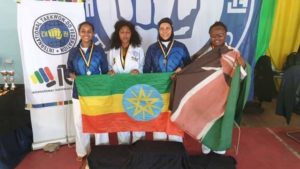 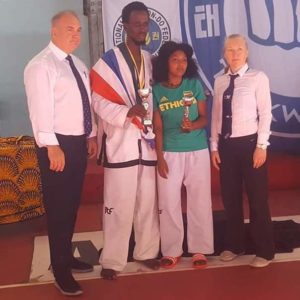 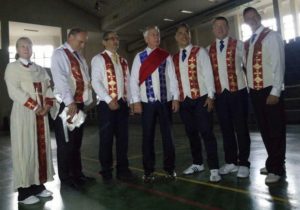 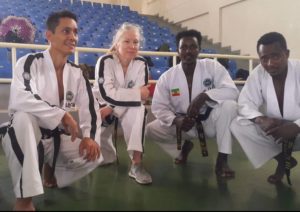 A new step of the Development Team in Africa. This time in Tanzania.
Next Post: Master Tsilfidis visit China.