On 21st and 22nd November 2015 T-UK, on behalf of ITF England, were proud to host the 4th ICC in Stratford-upon-Avon.

The three ITF legends Grand Master Bos, Master Willy Van De Mortel and Mr Tomaz Barada arrived into the historic little town on the Friday evening, so after a good nights rest the course was officially opened the following morning.

After the brief introduction Grand Master Bos got things underway with his infamous warm up games and some amazing stretching routines.

It was clear from the off that this was going to be a great weekend with everyone giving it their all!!

Master Willy Van De Mortel then took over with some awesome pad work and drills that I’m sure every Instructor will be taking back to their Dojang!!

Tomaz Barada then finished the first part of the course with some very impressive sparring footwork movement and then added kicking drills.

A fantastic end of Day 1 was seen off by a lovely dinner in one of Stratford’s finest restaurants.

Day 2 showed that maybe some of the ‘older’ participants may have pushed it a little too hard on Day 1, but all were there and keen to resume and learn some more.

After more great warm ups and games, Traditional Sparring was then covered followed by Special Technique and Destruction. These were definitely areas that enthralled the group and definitely areas that sometimes get overlooked. Day 2 was finished with Sparring Drills and a good warm down.
This left a very tired and extremely satisfied group to return to their homes.

The feedback after the event was fantastic, not just for the amazing abilities of the Tutors but also for how open, friendly and approachable they all were with Grand Master Bos answering any questions that instructors may have had.

T-UK would like to extend huge thanks to Grand Master Bos, Master Willy Van De Mortel and Mr Tomaz Barada for this awesome event and also ITF England for giving us permission to host such a great weekend on their behalf.

We are all looking forward to the next one!!! 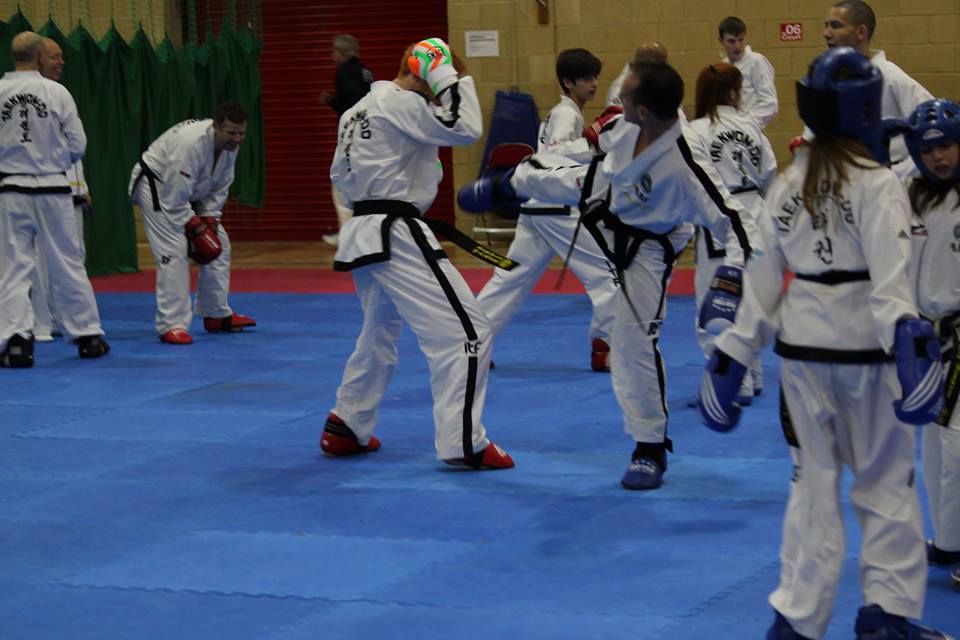 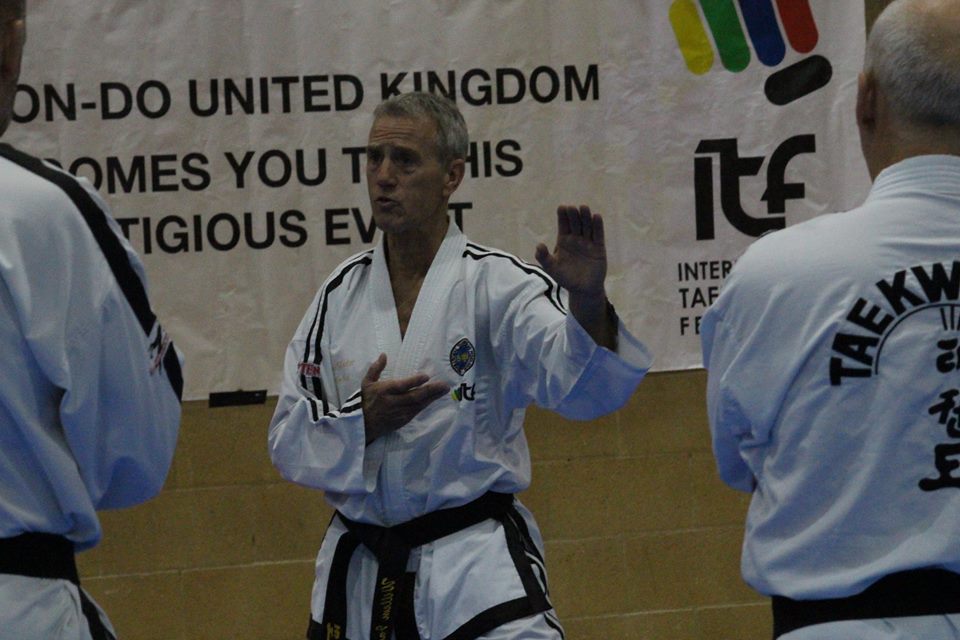 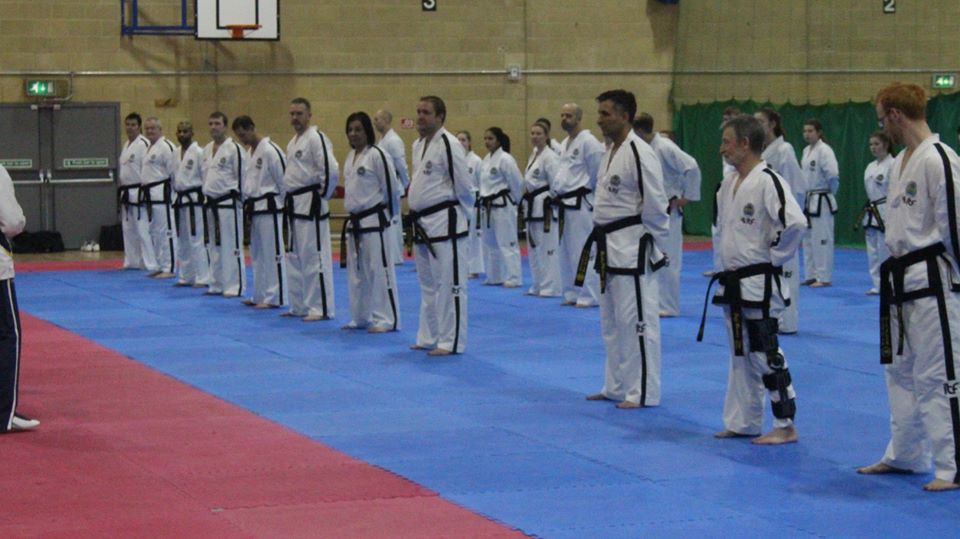 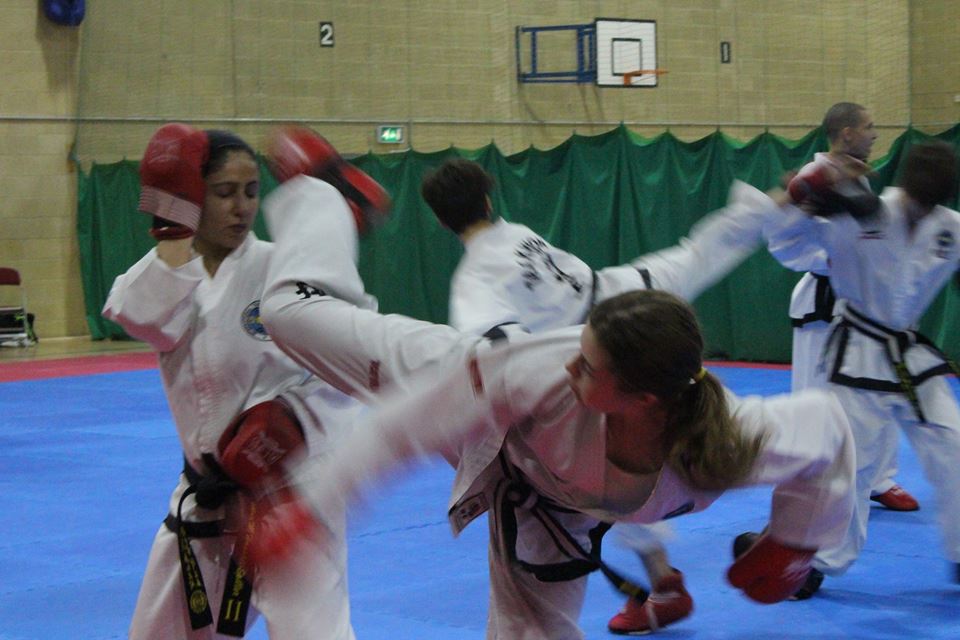 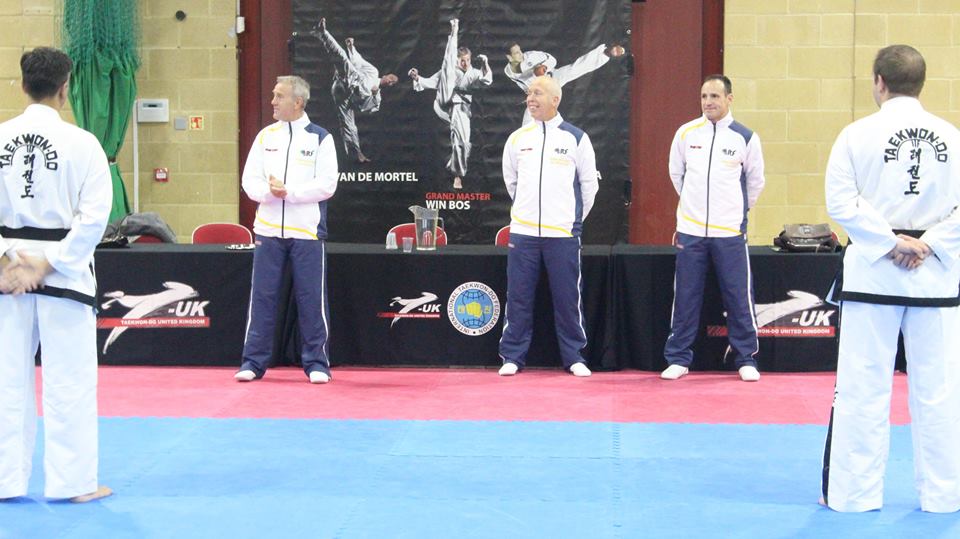 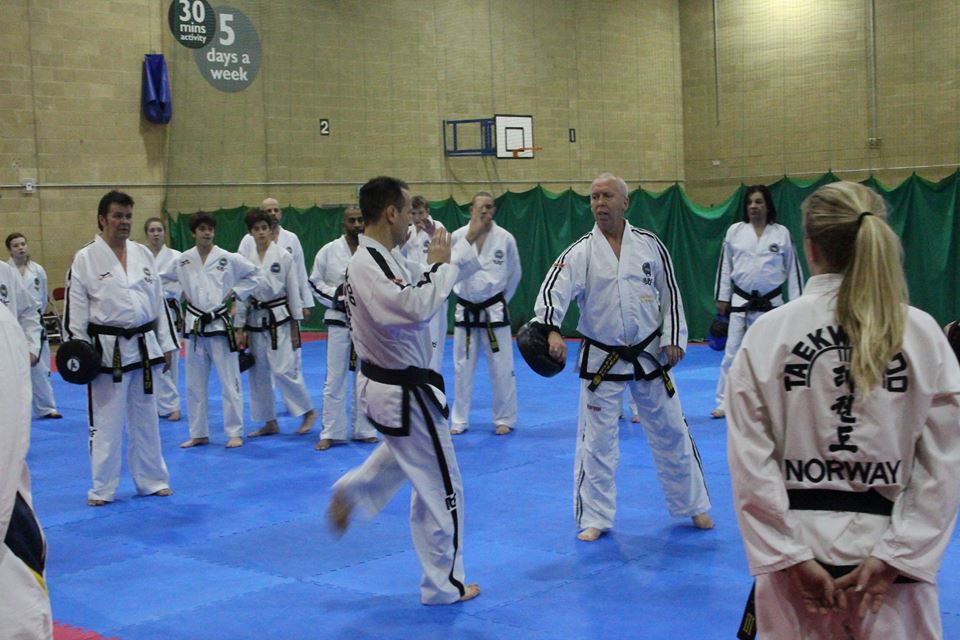 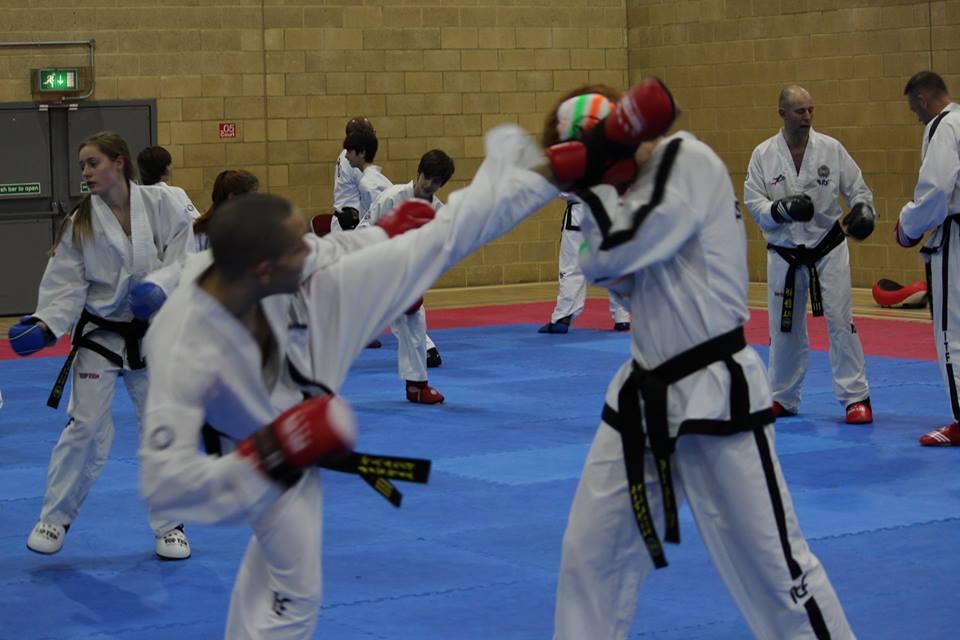 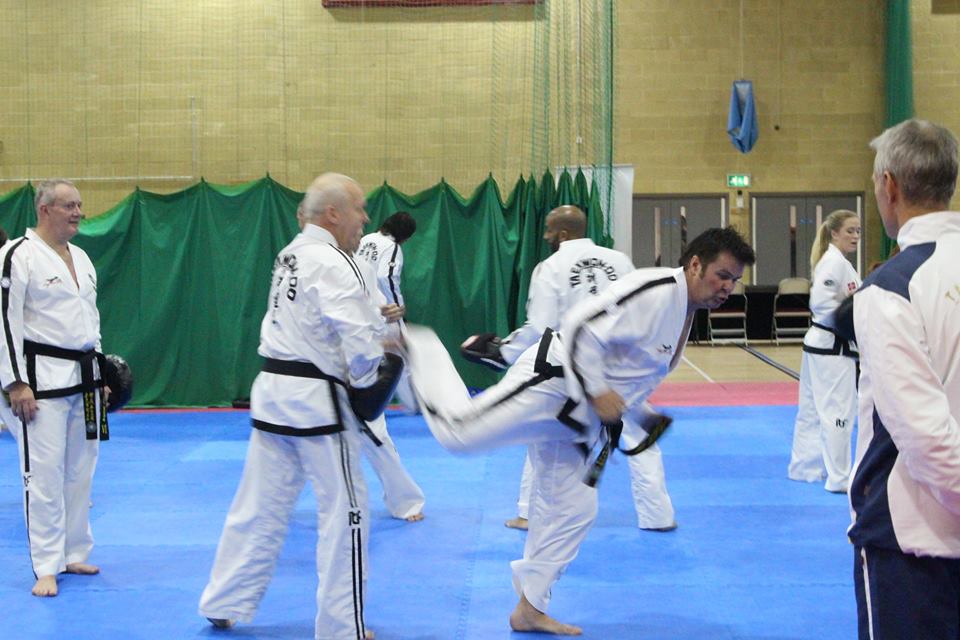 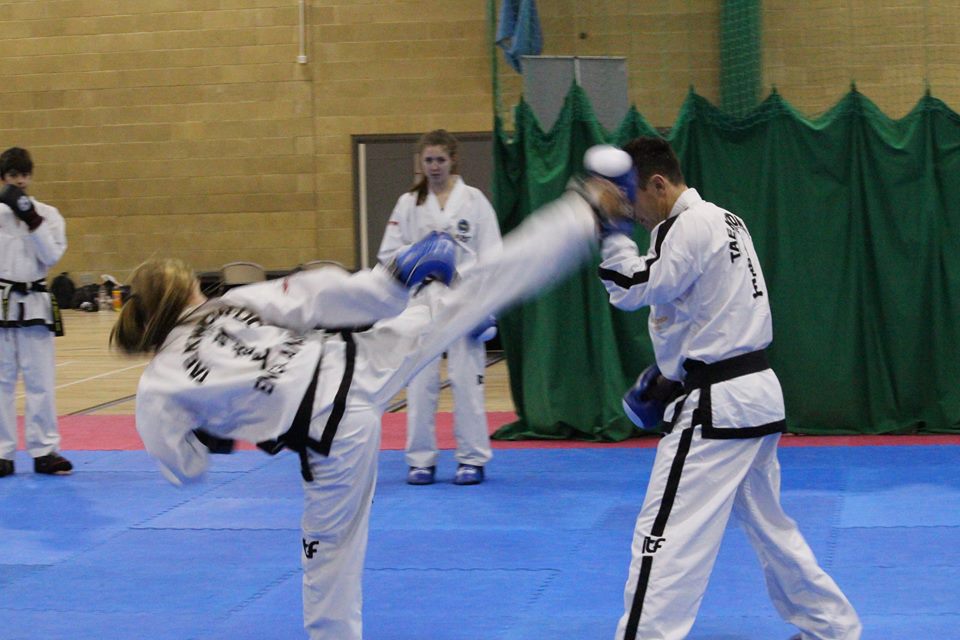 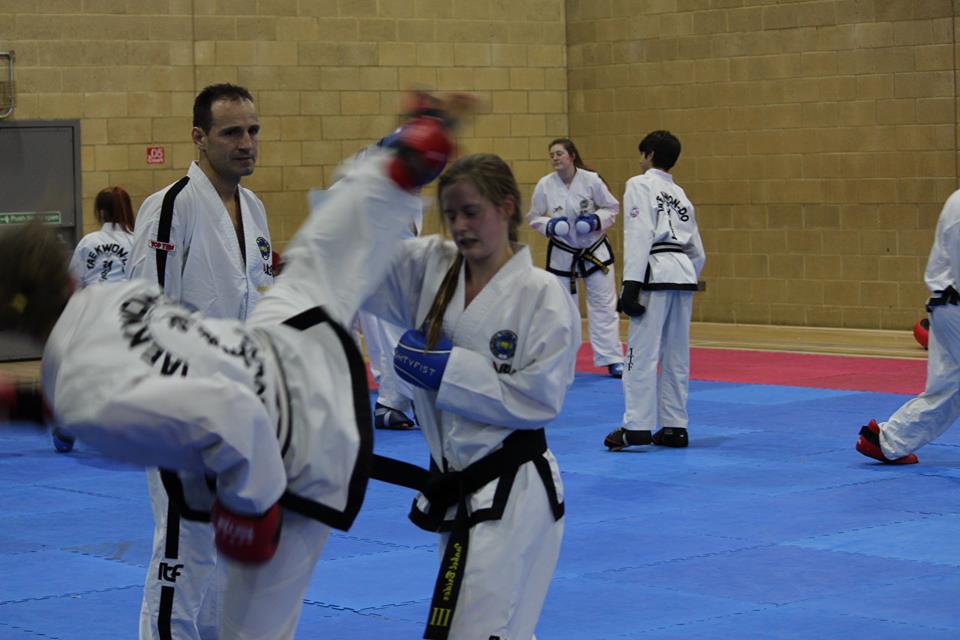 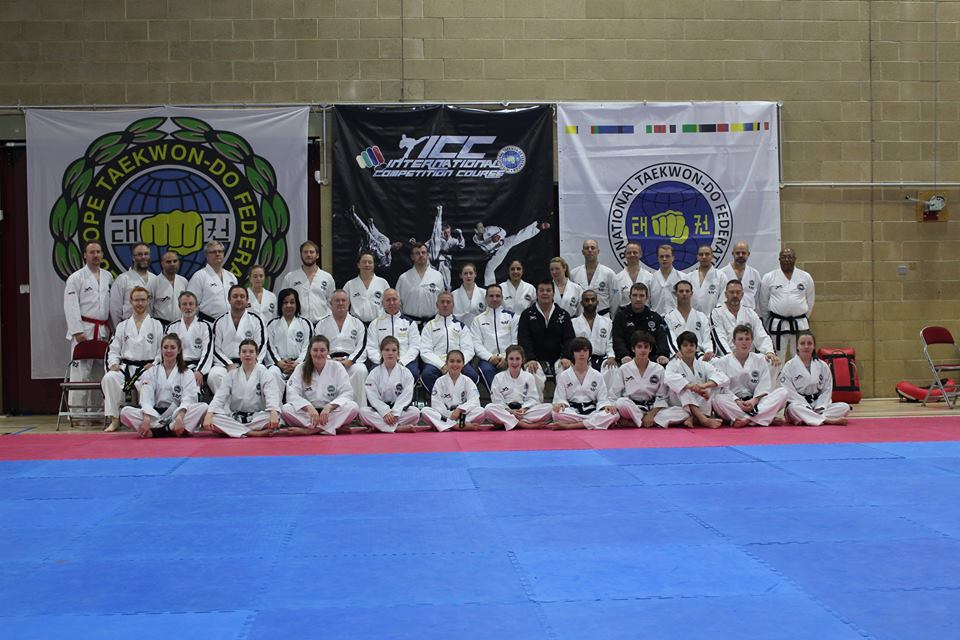