Guests at the meeting were:

The meeting started at 18:06 in a very friendly and nice atmosphere with the introducion oft he participants. All representatives gave an overview over the country situation:

Djibouti          Mr. Bahdon Omar participated for the first time at ITF events. He has 4 clubs in Djibouti (started 2011) and wants to become a new member – welcome in our ITF family. There are no any other Taekwon-Do styles!!!! and he has a government license to build a Association. So far only club tournaments are possible.

Ethiopia         EITA is our member since 2008 rapidly growing and has now close to 11.000 members (some member clubs from other ITF-groups joined EITA recently and because of the IIC two other clubs joined the federation. EITA is recognized by the Minister of Sport and also a member of the umbrella organization ITF Ethiopia. This is even recognized by the NOC. EITA has good connection with the mass media (TV and newspaper). Regional tournaments and the National Championships are being held every year.

Kenya            ITF Kenya is our member since 2010 (former KITA = Kenya International TKD Association) and after the re-organization growing. The federation has now 16 clubs and 5 new clubs from WTF are knocking on the the door for membership. ITF Kenya is waiting for the registration with the government. From the end of December the federation will have the possibility to demonstrate a Kid’s training on TV at the media house in Nairobi every Saturday. So far ITF Kenya organized club tournaments.

Madagascar TKD starts in Madagascar already in 1989 and was recognized by the government as a sport in 2004 ITF. Madagascar Association = ITF MASS is our member since May this year and is recognized by the government. So far 10 clubs are members of ITF Mass and new clubs shall be established in the South and East part of Madagascar (out of the Capital Antananarivo). ITF MASS has good connections to the medias (TV and newspapers). Next year the 2nd Madagascar Cup shall be organized (probably in April) with the help of GM Paul Weiler.

South Africa  ITF history goes back to 1980 when ITF SA was founded. After the split in 2011 TASA became our member in the same year. TASA had to start from the very beginning with one club but is now growing with 6 clubs so far in membership. At this moment there are no connections to the mass media and common tournaments with other TKD styles are being held every year.

Uganda         Uganda became our member in 2013 and is also a member of the umrella organization in Uganda called Uganda Taekwon-Do. This umbrella organization is recognized by the government. ITF Uganda has already 12 clubs and good connections to TV and newspapers. For 2016 the Hero`s Cup is planned.

GM Weiler informed the representatives about

Zimbabwe. Botswana, Malawi and Zambia have shown interest to become our member and we will invite them to our activities because they have a common boarder.

Combined with technical seminars and gradings.

At the end oft he meeting donation material (doboks, belts, safety equipment) were donated to all countries by Master McNairn, Sabum Enander and GM Weiler.

Some received even a laptop or a cell phone. 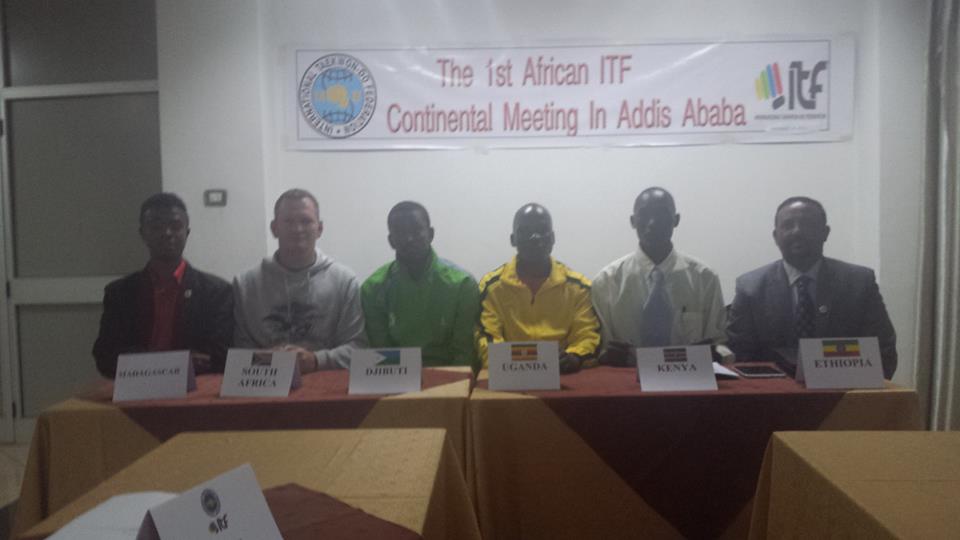 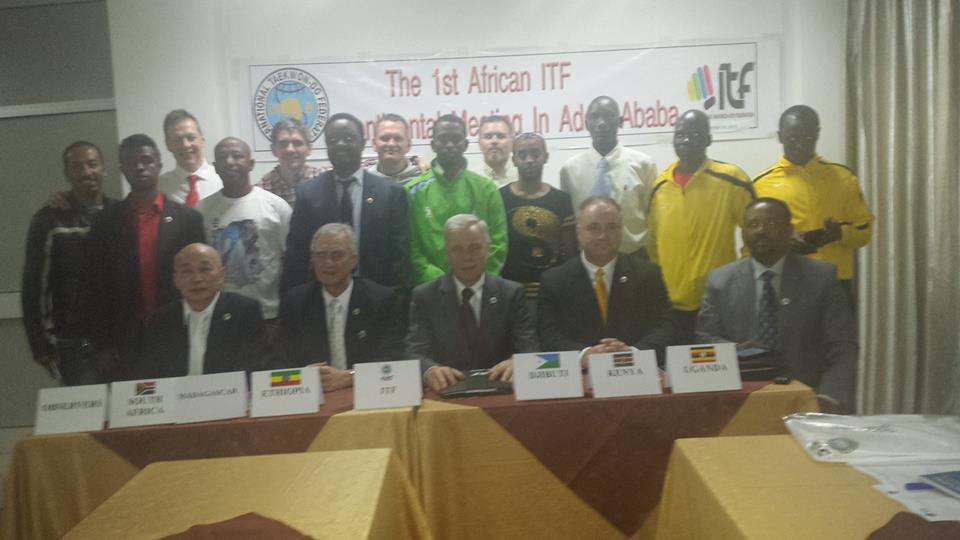