Former Premier Russell MacLellan, B.A., LL.B, who was also a Canadian Member of Parliament and Member of the Legislative Assembly, was serving as the Senior Vice President of the ITF at the time of General Choi’s death on June 15th 2002. Following the passing of General Choi, under the constitution of the ITF, Mr MacLellan became the acting ITF President until the democratic election of Grandmaster Trân Triêu Quân on June 13th 2003 at the ITF Congress in Warsaw, Poland. In addition to the life long public service career of the Honorable Russell MacLellan, he was a longtime Black Belt Student and Instructor of ITF Taekwon-Do who very much appreciated the many benefits the training instills. 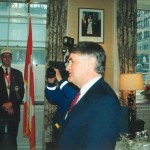 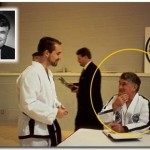